Each year in Australia approximately 50 children (or almost one per week) fall from windows or balconies, often resulting in serious injury or even death.* The majority of these incidents occur in residential strata complexes.

Children aged from one to five years are most at risk, as they are naturally curious but lack the ability to recognise danger.** Falls occur more often in the warmer months, when families leave windows and doors to balconies open during the day and at night.

Australian Standards are consistent across all States with regard to window safety. In 2012, the Australian Building Codes Board adopted the requirement that windows that are more than two metres off the ground in new houses or flats must have window locks that stops the window being opened more than 12.5cm or have reinforced screens in place to prevent children from falling. These changes were included in the National Construction Code from 1 May 2013.

Amendments made by the NSW Government under the Strata Schemes Management Act 2015 (NSW) require that, effective from 13 March 2018, all windows in strata scheme buildings need to be retro-fitted with locks, irrespective of height. 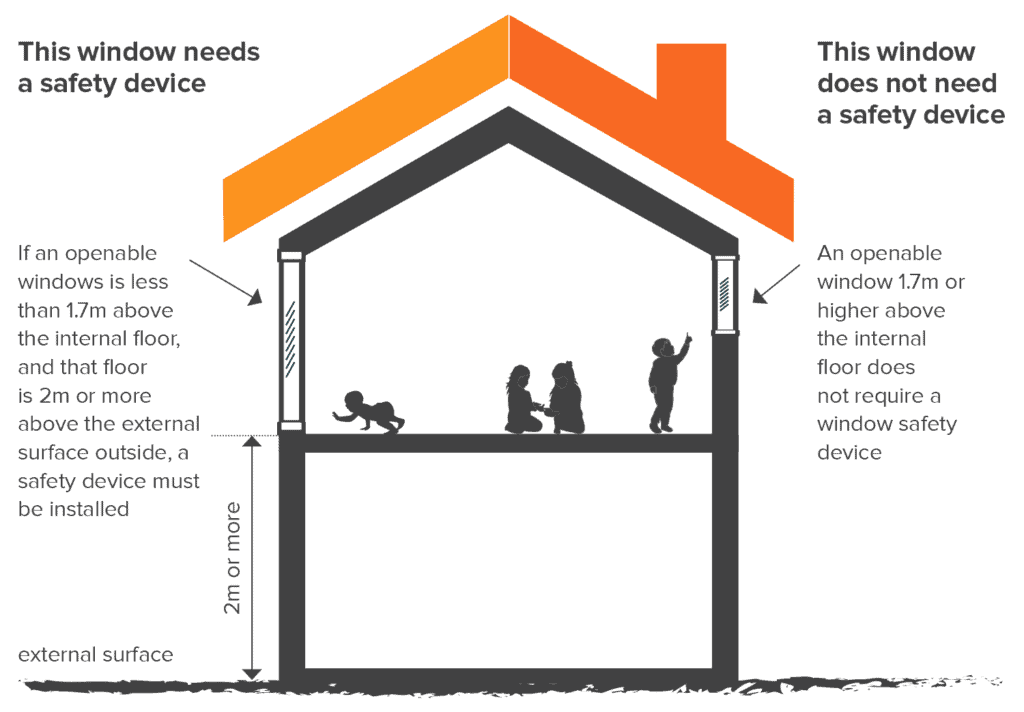 A small investment for safety!

Window locks are an inexpensive safety measure to protect children. Costs vary from as little as $20 per unit for a simple lock or lockable window winder. They can be installed by a skilled professional or by a handy person within a strata complex.

The information contained in this article is general information only and is not legal advice. The currency, accuracy and completeness of this information should be verified by obtaining independent legal advice before you take any action or rely upon it in any way.