Much of this infrastructure is hidden out of sight either in cavity walls, cupboards, roof spaces or under flooring so it does not upset the aesthetic appearance of a strata property, apartment or lot. When something goes wrong with these components, the resultant damage increases exponentially.

Water damage is one of the most common causes of strata insurance claims. Significant claims will have an impact on insurance premiums on renewal. The key is to minimise claims with a good maintenance/prevention regime in place both at the building and lot owner level.

Over the past three years, Strata Community Insurance paid out more than $50 million in water damage claims. Many of these claims could have been avoided with a good preventative maintenance programme. Unfortunately, the impact for the insured was a significant increase in insurance premiums compared to a small expense for preventative maintenance.

The irony is that many of the gradual water damage-related claims could have been avoided with a good preventative maintenance programme and regular verification of the working order of the key components in the strata complex and within individual apartments/lots. The chart ‘Examples of water damage’ details the key areas that should be included in a preventative maintenance programme.

Physical evidence of a water problem

The intent of strata insurance is to cover claims for water damage that is sudden and accidental. In many instances, strata insurance will cover the hidden perils of burst or leaking pipes when physical evidence of damage is first noticed and a claim is made.

Strata insurance does not cover poor maintenance where a known problem has been allowed to continue and expand over time, nor does it cover wear and tear.

Water problems may not be noticed until there is physical evidence like mould, dampness or leakages. At that stage of discovery, in our experience, the impact will be greater and, in many instances, will have spread to multiple apartments/lots and common areas.

Over the past three years, Strata Community Insurance paid out more than $50 million in water damage claims. Many could have been avoided with a good preventative maintenance programme.

Impact is not just payment of an insurance claim

Having a claim paid can often be the easy part. A significant impact on strata committees, owner/occupiers and tenants is the time lost after lodgement and payment of a claim and additional out-of-pocket expenses – particularly if appropriate contents insurance is not in place. Of course, this scenario does not take into account the time, effort and expense relating to:

Prevention is better than cure

A good maintenance programme and regular verification will help identify significant risk areas both seen and unseen in a strata complex. For example, key points that should be considered:

Where water pressure is a concern, strata committees should consider the installation of pressure limiting valves at the mains to reduce the water pressure going into a building. These valves will reduce the pressure on water pipes and joints, and may extend their life by up to an additional 5-7 years.

Corrosive impurities have been found in water across Australia and, over time (approximately 30–40 years), will cause even copper pipes to fail.

Flexible stainless steel hose pipes (flexi hoses) are popular because of their ability to bend into shape and their low cost (approximately $8 per unit). They are generally hidden beneath bathroom and kitchen sinks in strata complexes across australia, and have a life expectancy of 10 years.

Flexi hoses are responsible for many thousands of dollars in water claims when something goes wrong. 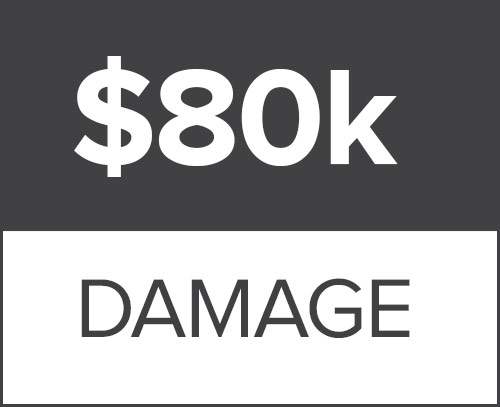 Hot water systems generally have a life expectancy of between 10 to 15 years, as tanks or other parts can fail due to wear and tear. In some instances, failure will occur much earlier due to defects in a hot water system.

Hot water systems are generally ‘out of sight out of mind’ as they are tucked away in some convenient cupboard or roof space. Unfortunately, there is often a delay in recognising a problem until confronted with a major water leak and resultant damage, as the water may have been seeping for several days or weeks before alarm bells ring.

In a two-story townhouse, the instantaneous (mains pressure) hot water system (which was more than 10 years old) was located in the roof cavity. The manufacturer’s warranty conditions recommended the replacement of the hot water system flanges every five years.

One of the flanges failed and water flowed through both storeys of the townhouse for three days before it was noticed by the occupants.

Building repair costs were approximately $35,000, with an additional $20,000 for rent/ accommodation as the occupants had to vacate their home for many weeks for repairs to be undertaken. The occupants also incurred significant out-of-pocket expenses for personal contents as they had no contents insurance cover, nor had the owners’ corporation selected optional policy benefits such as cover for Floating Floors.

The failure of the flange could have been avoided with a preventative maintenance programme and compliance with manufacturer’s recommendation, for an investment of approximately $5 for a replacement flange (plus installation costs) when the hot water system reached each five-year anniversary

A boiler system was designed to supply hot water through polypropylene pipes, up to maximum temperature of 80 degrees, to 200 apartments.

The thermostat failed, which resulted in super-hot water being delivered to all 200 apartments for three weeks before anyone complained about the excessive hot water. It was repaired under warranty with no apparent property damage.

Over the following 36 months, more than 30 water pipes burst (approximately one per month) due to a weakening of the polypropylene piping caused by the excessively hot water. The result was multiple call outs to repair/replace pipes and building damage. In some instances, occupants had to vacate to allow repairs to be undertaken which resulted in accommodation costs and additional out-of-pocket expenses.

The owners corporation was faced with spiralling insurance costs, excess conditions on their insurance policy and/or insurance cover restrictions. While the initial repair costs were manageable and under warranty, multiple repairs with increasing costs for each call-out took their toll with the expiration of the warranty period.

It is important to note that when an owners corporation is aware of a known defect, insurance cover may no longer be available for resultant losses, including owners’ rent and accommodation costs – which would need be met by the owners corporation.

To remove the threat of continuing burst water pipes and potential litigation, the owners corporation replaced the hot water piping throughout the entire complex at a cost exceeding $200,000.

This loss and damage could have been minimised when the thermostat was initially repaired. A re-commissioning of the system, including a pressure test of the polypropylene piping would have identified the heat-affected pipes, allowing a controlled maintenance plan for their replacement.

The expensive lesson was that a simple pressure test when the thermostat failed could have saved the owners corporation a large portion of their $200,000 repair costs, with no impact on their insurance cover or excess.

Please note the information in this article is general in nature and does not take into account your objectives, financial situation or needs. You should consider obtaining independent advice before making any decisions based on this article.